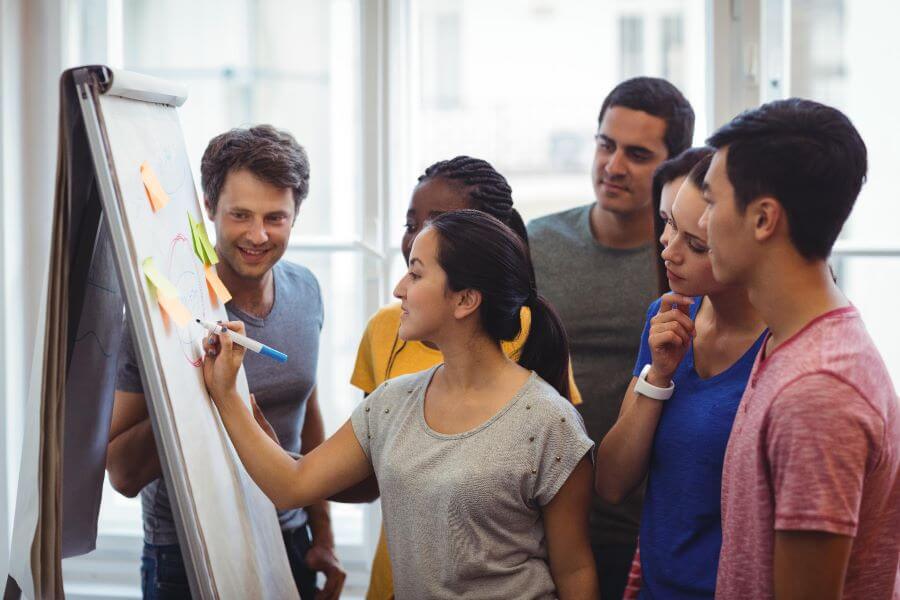 A number of years ago, I consulted to an organisation which was wrestling with a lot of challenges with its business and its people. The organisation had close on 200 staff and business units spread across Australia.

Undertaking an initial diagnostic, we discovered that there were significant problems and work to be done in a lot of areas – on organisational structure, in HRM systems and processes, in communications, in staff engagement and trust and in staff wellbeing.

The findings were not really much of a surprise to management albeit that the depth of the challenges ahead were probably a bit more than was expected.

10 months later, when we went back to take another look, you wouldn’t recognise the organisation from the one that we had explored not that long ago. People were excited about the organisation, felt engaged and well-supported by their managers and were happily involved in practical HR processes that worked.

In fact, one of the staff that I interviewed told me: “Thank you for helping us – you have changed our lives!”

Needless to say, we were blown away at the scope of the change that had been wrought in less than a year. Even more so, when we discovered that, midway through the year, there had been a major restructure with 30% of middle managers being retrenched and yet they had still achieved remarkable positive change.

In essence, what happened is a best practice lesson in change management which had 6 key attributes.

The management group took all of the feedback from the diagnostic on board without exception and committed to acting on it. There was no cover up, there were no excuses but there was honesty and vulnerability. The organisation then invested in a Project Team led by a senior manager to work on finding and implementing solutions to the problems identified in the diagnostic report.

Leaders engaged with people to work on the project

The Project Leaders  decided to set up a Project Team with staff representatives from all areas of the business. Selection criteria were developed and people applied to be on the Project Team and then were selected on merit having regard to the selection criteria. The role involved not just having a say about the issues raised but also actively working on solutions and leading their implementation in their own teams.

The Staff Representatives worked with their own teams to communicate what the Project Team was doing and initiatives that were being planned as well as to generate ideas from their own teams that they could bring back to the Project Team. Because people saw that their contributions were genuinely being considered and in some cases influenced the way a matter was to be dealt with, they became more engaged and positive about the Project.

Strategic management of agenda for change and communications

The Project Leaders developed a simple and practical methodology for consistently managing agenda items and their roll-out across the organisation. The Project Team identified a set of core challenges that came out of the Diagnostic Report and then set to work on these one at a time using the same methodology. This involved putting together a packet of communications and tools for each of the challenges and training Staff Representatives in how to deliver those with their teams. Project Leaders did the same with the management group. Everyone was getting the same messages delivered in the same way as well as having the opportunity to have their say right across the organisation.

The Project Leader ensured that the activities undertaken in support of the project had an element of play and fun not just for the Project Team but also in the packets that they rolled out to teams across the business. The Project Team also celebrated progress with each of the challenge packets and senior management acknowledged the successes so everyone felt involved and valued for their contributions.

Management invested the time and the money to make this work, treating it commercially as an organisational priority. The Project Leaders had dedicated roles in the project and were freed up to do those. The Staff Representatives were provided with the time to participate actively on the Project Team and in their own teams and people across the organisation were all allowed the time to engage and participate in the process.

The role that I played in the organisation was simply to have conversations with people across the business about what life was like for them – what worked and what could be better – and then present that information back to management in a structured and positive way (ie what were the strengths and where were the opportunities for improvement). Today, this is what we do in our Better Workplace Projects.

There can be nothing more fulfilling for a consultant than to see an organisation take on that feedback, to really own it and do something positive about it. That is why this is an experience that I am truly grateful for.

LET'S HAVE A CHAT